In addition to standard offerings in the arts and athletics, Williamsburg Christian Academy hosts a variety of other clubs, societies and additional extracurricular activities that engage our students in pursuits that interest them, and to support our work in missions and community service.

Our Clubs include activities that sometimes spill over from the classroom, or involve academic or hobby interests. Included among these are: 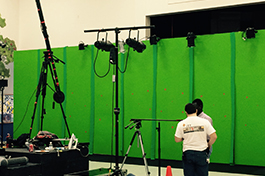 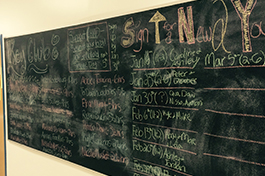 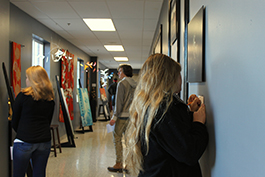 The Technology team at WCA has grown substantially in the past 5-6 years, and has become known nationally for their work in conjunction with the Leadership Class for producing our annual C-SPAN StudentCam entries each spring for consideration in their national film competition, as well as their part in production of our national award winning 2016 submission for the Duralife UnLocker Challenge, in which the collaboration of the teach team and leadership class won the school $50,000 in Duralife lockers, which were installed this past year, as well as $7,500 in scholarships, which were divided among the team members. The team also provides support for all film recording and other productions at the school.

Odyssey of the Mind (OoTM):

Odyssey of the Mind is an international creative problem-solving program that engages students in their learning by allowing their knowledge and ideas to come to life in an exciting, productive environment. Participants build self-confidence, develop life skills, create new friendships, and are able to recognize and explore their true potential. OotM proves that students can have fun while they learn. WCA's Odyssey of the Mind teams have competed to the highest levels of state and national competition in recent years.We have OoTM groups on both the middle school and upper school level.

The WCA Student Council is a group of students elected by their peers to act as student government. The Student Council organizes and executes many of the student-led events and activities at WCA, including spirit week, homecoming, and the prom dance, and holds fundraisers for various special days and item sales on campus, as well as working together with our Parent Teacher league in other fundraisers. The student council also holds the function of bringing student body grievances to the Head of School. We have both upper and middle school student councils.

Our Societies are generally achievement based groups, where members are named each year, or volunteer organizations of students who participate in community service works in our community, nationally, even internationally in the case of some missions teams.

National Honor Society: The National Honor Society is the United States' premier organization established to recognize outstanding high school students. More than just an honor roll, NHS serves to recognize those students who have demonstrated excellence in the areas of scholarship, leadership, service, and character. These characteristics have been associated with membership in the organization since its beginning in 1921.

Key Club: Key Club is an international student-led organization which provides its members with opportunities to provide service, build character and develop leadership.

Mu Alpha Theta Math Honor Society is dedicated to inspiring keen interest in mathematics, developing strong scholarship in the subject, and promoting the enjoyment of mathematics in high school students.

Williamsburg Christian Academy does not discriminate on the basis of race, gender, national or ethnic origin, color, age, or disability.