Under the guidance of seasoned coach Calvin Singleton who will be going into his second year with the Varsity Eagle soccer squad, along with the expertise of second year assistant coach, Kendal Pressey, a full-time coach with Legacy Soccer Club, the WCA boys soccer squad finished their season last fall with a winning record of 6-4-1 and a 4-2 record within the VMAC Conference play. The Eagles advanced to the VMAC championship game and were Conference Runner-up after an up and down season where they steadily improved under their new coach. Senior striker Jalen Vaughan, who was a prior All-Metro selection, was selected as the VMAC’s first “Player of the Year,” while senior goalie Riley Linback and senior defenseman Liam McConnell earned “First Team All-Conference” honors.

Practices will begin the week of August 10th for the upcoming fall season that runs through the month of October. We are always looking to expand our roster and add to the depth of the team.

Enroll at WCA and join our growing soccer tradition! To learn more about our soccer program, contact our Athletic Director at ad@williamsburgchristian.org. 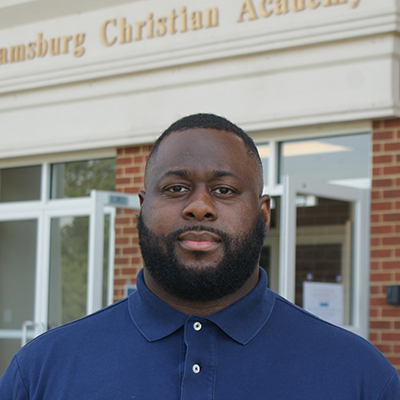 Williamsburg Christian Academy does not discriminate on the basis of race, gender, national or ethnic origin, color, age, or disability.